About Mikey – Knowing You Matter

Knowing You Matter > About Mikey 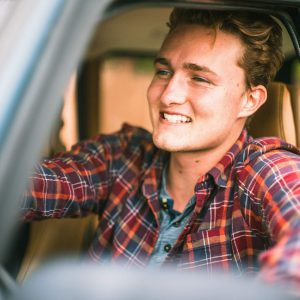 Some parents name their children after family members. Some because they like the way a certain name sounds.

For us, the process of choosing each of our children’s names was a lengthy one, filled with thought and prayer. We wanted each child to have a name with significant meaning.

Michael “Mikey” Frederick Kullman was born into our family on September 28th, 1998. The name Michael means “one who is like God” and the name Frederick means “peace.” As we reflect on the life that Mikey led, we are continually amazed at just how wholly his personality embodied those names.

He was boy number three for us. And soon after that he was followed by two younger brothers. Five boys. You can imagine how chaotic that could be at times! Mikey would jokingly refer to himself as being “Mikey in the middle.” He was the peacemaker amongst his siblings. And as he grew older, he continued to be the one to resolve conflict, no matter what situation he found himself in. He reached out to those who were left out and lonely. He made friends, never enemies. And he loved. He loved his family. He loved his friends. He loved God. He dedicated his life to serving Christ, going on multiple mission trips around the world, and constantly striving to share the love of God with anyone he encountered. We will never forget when he spoke at Cindy’s 50th birthday. He looked into her eyes and said, “Mom, you showed me that identity is not based on one’s talents, achievements, or how many friends you have, but the quality of one’s character and reliance on Jesus Christ, our Lord.” Mikey had this amazing talent for seeing you and speaking to your heart.

Mikey had blond hair, tousled by the ocean and touched by the California sun. His eyes were a beautiful deep blue. A contagious smile always played across his face. He was active, and had a love for the outdoors. Fishing, surfing, hiking, water polo, and spending time at the family cabin were just a few of his favorite pastimes. He enjoyed playing music. And he loved to be amongst those he loved: his family and friends.

When Mikey was in 2nd grade he was assigned a book report. At a conference with his teacher, she brought out his report and showed us the picture he had submitted with it. We were shocked. “Why did he trace his book report picture?” I asked her. “He didn’t trace it,” she replied, “he drew it.” After that day, we continued to watch his artistic abilities blossom as he matured. He won contests and competitions. His artwork was put on clothing, his murals filled walls on the school campus. Art proved to be a powerful channel for him to further express himself. The beauty of the art he made was a reflection of the beauty of his soul.

When he left this earth on January 4th, 2019, his absence in these roles was immediately felt by everyone who knew him. He mattered. To so many people, in so many ways. He was an immensely talented individual, but his greatest strength in life was his ability to make everyone he met know that they mattered.

This is why we chose to call our foundation Knowing You Matter. We want to continue Mikey’s legacy of love by reaching out to every person we can to let them know that they matter. Whatever you are struggling with in life, know that there is hope. Your life is worth living.